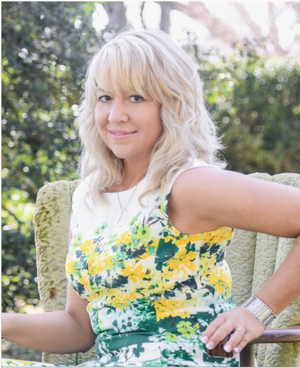 Carolina Music Award Winner Female Country Artist of the Year with Multiple Nominations
Nashville, TN – Nashville Recording Artist, Tammie Davis has geared up with North Carolina based fast-food chain, Bojangles’ Restaurant’s, Inc for the fifth year in a row to continue letting her fans know what time it is.  ”It’s Bo Time, of course,” says Davis. “I am completely beside myself and overly excited about once again being able to represent my friends at Bojangles’.” Bojangles’ Field Marketing Director, Ken Reynolds said “We are so excited to be back on board with Tammie this year.  We believe that Tammie is going to have an exciting year with the new album and that her career as a country music artist is going to be BoRiffic.”  With the smell of new music in the air Davis says she is excited for the fans to hear the music that will be released this year.

About Tammie Davis: Tammie Davis, a gravel road country girl from Lincolnton, NC, a U.S. Marine Veteran and Navy Achievement Medal Recipient caught the attention of a group of corporate planners in late 2010 when she was asked to perform with Charlie Daniels in Las Vegas. During which time she began to headline shows and open for major artists and was showcased at the prestigious ‘Friars Club in New York City upon a special invite. One of only two independent artists invited to Rapids Jam Music Festival, she performed openers for Sugarland, Darius Rucker, Willie Nelson, Colt Ford, Lady Antebellum and Jason Michael Carroll among others. Appearing on the national television show for three seasons, Virginia Dreams Center Stage, Tammie and her band has been invited back year after year. Radio airplay is certainly no stranger to Tammie, her first single ‘Tall Dark & Lonesome’ was in heavy rotation on Billboard/Media stations like WKML 95.7FM of Fayetteville, NC and her second single “It’s A Beautiful Life’ was played on one-hundred forty radio stations across the U.S. and in sixteen countries. For more information about Tammie, visit www.TammieDavisMusic.com, Facebook and Twitter.