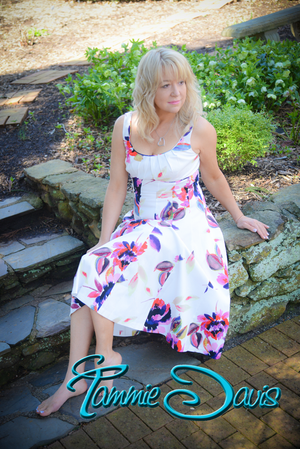 Ford Motor Company Fund has announced that it is forming a partnership with SMG Recording Artist Tammie Davis to help promote the ‘Ford Driving Skills for Life” Program.

About Ford Driving Skills for Life: Ford DSFL was established in 2003 by Ford Motor Company Fund, the Governors Highway Safety Association, and a panel of safety experts to teach newly licensed teens the necessary skills for safe driving beyond what they learn in standard driver education programs. The program is international in scope, touching not only the United States but many areas around the world. The basic premise behind Ford Driving Skills for Life is to provide a step in the leaning process, providing new skills and information not currently shared with newly licensed drivers in the basic driver education courses. For more information, visit www.drivingskillsforlife.com, and also on Facebook.

About Tammie Davis: If you like real country music – you will love Tammie Davis. Tammie came from a gravel road small town home in Lincolnton, NC and caught the attention of a group of corporate planners in late 2010 when she was asked to perform with Charlie Daniels in Las Vegas. Thereafter she began to headline shows and open for major artists and was showcased at the prestigious ‘Friars Club in New York City upon a special invite. Tammie was one of only two independent artists invited to Rapids Jam Music Festival, where she opened for Sugarland, Darius Rucker, Willie Nelson, Colt Ford, Lady Antebellum and Jason Michael Carroll among others. Appearing on the national television show Virginia Dreams Center Stage, Tammie and her band have been invited back year after year. Radio airplay is certainly no stranger to Tammie, her first single ‘Tall Dark & Lonesome’ was in heavy rotation on Billboard/Media stations like WKML 95.7FM of Fayetteville, NC and her second single “It’s A Beautiful Life’ was played on one-hundred forty radio stations across the U.S. and in sixteen countries. Tammie just released her third single to National Radio in April 2015. For more information about Tammie, visit www.TammieDavisMusic.com, Facebook and Twitter.